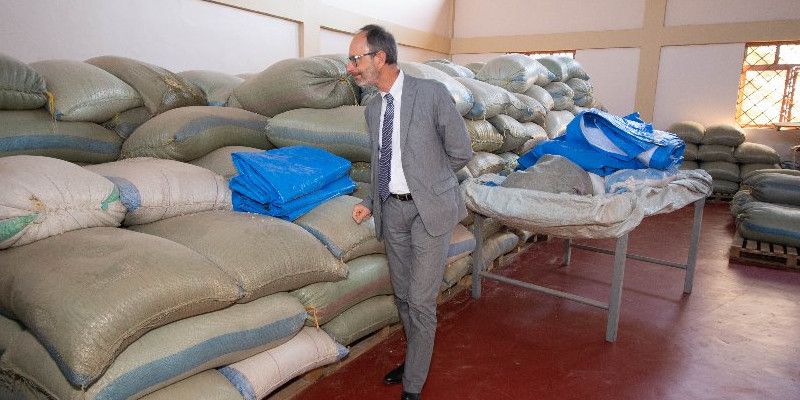 Med Food Arusha is a spices producer based in Arusha, which has been operational since 2007. Over the years, the company successfully introduced over 20 products on the market, ranging  from Spanish paprika to cloves powder and nutritious flour. Med Food Arusha supplies its products to the Tanzanian market and exports part of them to countries of the EAC, particularly Kenya.

With the support of MARKUP, Med Food Arusha is upgrading and improving its food safety system, which covers all aspects of operations along the value chain. The objective is to ensure that the products of Med Foods Arusha are safe and of high quality from the purchase of raw materials to the preparation, packaging, storage, all the way to distribution and sale.

The programme is supporting the enterprise to expand its export potential.  It has also supported MED Food in obtaining an improved understanding  of ways to  navigate the opportunities and risks offered by international markets, and to determine the right channel for exporting them. A competitive export business strategy and its implementation will be finalized soon.

MARKUP is also providing advice to Med Food to obtain easier access to finance. Studies show that only 10% of SMEs have access to finance, especially in the agricultural sector, despite a reported excess of liquidity in local banks. Under this component, the focus is on improving firms' financial literacy, i.e. good business and financial management, accounting and business planning, records keeping, pricing and costing, taxation and available financial sources and thereafter linking with financial facilities.

During the visit, the EU representatives visited Med Food Arusha’s factory, where they met the General Manager Mr Robert Likwawa, who guided the visitors in a tour of the facilities, demonstrating product and some of the key processes introduced thanks to the quality coaching and showing the key products of the company.

Med Food Arusha’s achievements are an example of MARKUP’s contribution to strengthen the spices sector of Tanzania and raise its profile at the international level. ITC is implementing its intervention in collaboration with the local institutions such as Tanzania Spices Association (TASPA), Government ministries and agencies.