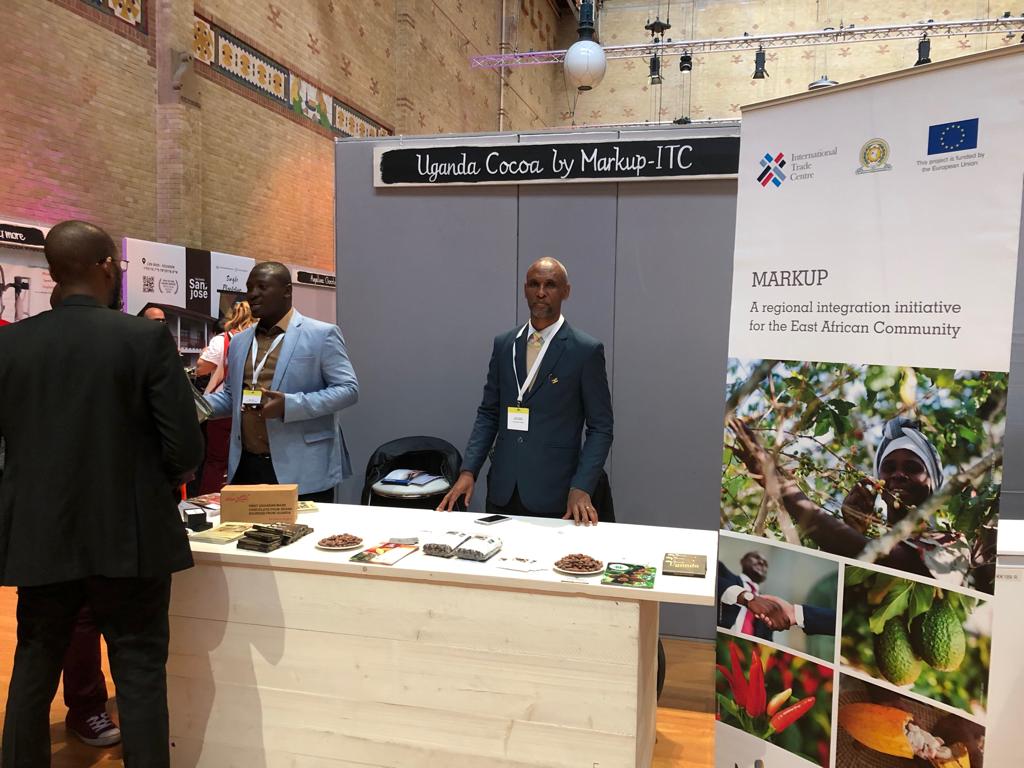 Cocoa exporters from Uganda participated in the Chocoa Trade Fair in Amsterdam to access new markets and attract new investors. Their participation was part of the support from the International Trade Centre (ITC) for improving the access of Eastern African small and medium-sized enterprises (SMEs) in the East African Community area to European markets.

At the trade fair, the companies met directly with EU cocoa buyers: “This event has helped us win the trust with some of the major players in the market who we had contacted before. The buyers feel more secure given that our company is being supported under a joint ITC and the Ugandan government program”, said Jimmy Bagonza from Rwenzori Co-operative Farmers’ Union.

The companies also participated in cocoa export training sessions. They gained insights on how to improve marketing and sales, meeting post-harvest demands of chocolate makers, improving sustainability of cocoa including certification such as Rainforest Alliance and Fair trade.  Representatives of these companies felt that their participation in the program has improved their management skills and has opened up their eyes on how to run their business better. Felix Okuye, from Pink Foods Industries Ltd. said:  “My participation in the program has uncovered the fact that I had never marketed at all in my business! All I was doing is selling and nothing more. Using techniques that I learnt in this Chocoa, I could expand it rapidly than before. This program is really astounding”.

SME participation in the trade fair improved business contacts and generated investment leads. Two companies have been able to foster business dealings with their already-existing buyers by signing contract extensions. One company is in the process of negotiating a contract with a new buyer interested in making transactions directly with it instead of going through middlemen. Another company is exploring financing and partnership options with a foreign investor who returned with investment leads between USD500, 000 - 2,000,000. Participants were happy to be identifying potential customers for their cocoa.

The Dutch fair served as a gateway to the European market along with providing numerous ideas to sustainably grow businesses for the companies. Participants believed that the initiative brought good value for money and time. “The exposure we got in Amsterdam will continually have a greater impact on our business and the entire cocoa value chain in Uganda.” concluded Okuye.