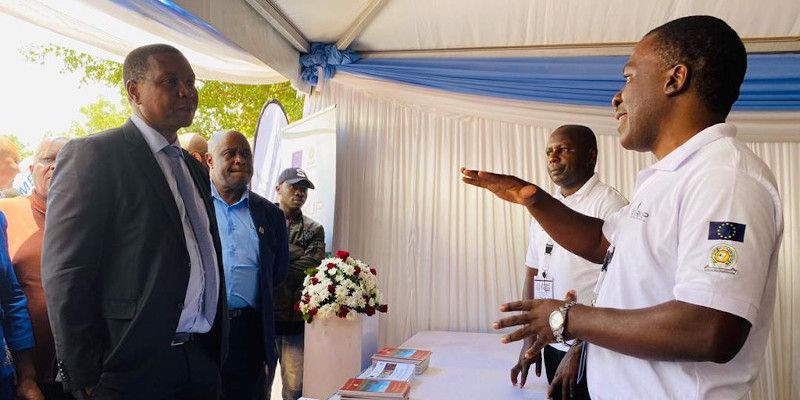 MARKUP celebrated this year's International Coffee Day at the foot of Mount Kilimanjaro, in Moshi (Tanzania), the coffee-growing centre of the region. Here, EAC MARKUP participated in the Kahawa Festival. This event was an opportunity for coffee lovers to come together in celebrating coffee and recognise the millions of people across Tanzania – from farmers to millers, exporters, roasters, baristas, coffee shop owners and more – who work hard every day to create and serve the beverage that the world loves so much.
EU-EAC MARKUP, through their partners International Trade Centre (ITC) and Solidaridad East Africa, contributed to the event together with the coffee stakeholders under the stewardship of the Tanzania Coffee Board.
Over a cup of coffee, the Kahawa Festival brought together both local and international players in the coffee business to build networks, exchange knowledge, share solutions to sector challenges and match potential buyers and sellers.
MARKUP’s highlight at the event was the visit of the Tanzanian Minister of Agriculture, Prof Adolf Mkenda, to the MARKUP booth. ITC Senior Regional Technical Officer, Mr Safari Fungo took this opportunity to present the MARKUP intervention in Tanzania and the East African region to the Honourable Minister. The minister announced more investments in coffee product research as well as providing education to extension officers to support the recovery and establishment of new productive coffee farms.

Other high-ranking officials, such as the Kilimanjaro Region Commissioner, Hon. Stephen Kigaigai, also paid MARKUP a visit and later handed over a trophy to MARKUP as official recognition of its support to the coffee sector.
The Festival was also packed with fun and action for everybody, with a barista competition, coffee tasting events, a coffee museum, guided tours around coffee plantations and lots of entertainment.
MARKUP’s booth was a meeting place for all visitors and coffee stakeholders who are interested in EU destination markets, Export Guides, Trade and Quality Portals and in getting to know the MARKUP coffee successes stories.

The event was also well covered in the Swahili-speaking press, for example in Times Majira and on TBC television.