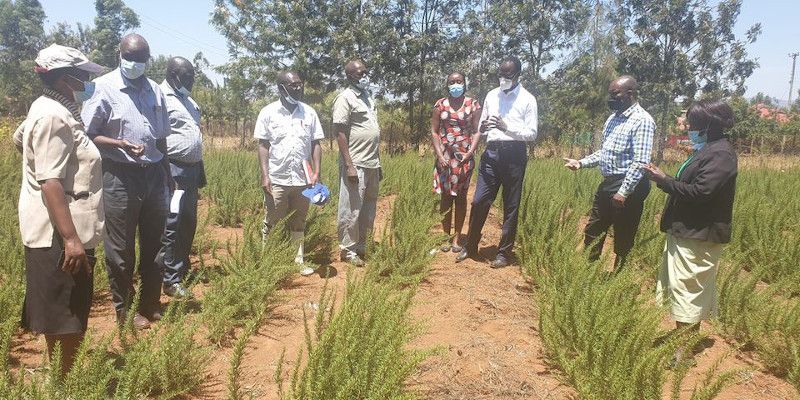 A team of experts from EU-EAC MARKUP in Kenya - implemented by the United Nations Industrial Development Organisation (UNIDO) in partnership with the government and the private sector - went on a tour of the twelve counties where the programme is being implemented.

In Nakuru County, Deputy Governor Erick Korir said there is need for direct market linkage among farmers, as cartels in the sector have become notorious in earning from where they have not sowed. This comes at a time when the county is in the process of establishing an international airport, not only in its quest to attain city status, but also to boost the horticulture industry.

The deputy called upon MARKUP to support farmers to get planting materials and to strengthen farmers’ groups so that they can reap from the benefits of working together.

County Executive Committee Member (CECM) for Agriculture, Livestock and Fisheries, Ms Immaculate Maina, supported his views and said it would be important to form a platform for Nakuru herbs and spices farmers.

“We have a chance to gain from the MARKUP project. Herbs and spices is one of the sectors which is not organised, and we hope to be able to organise it,” said Dr Maina, adding that the county hopes to develop a strategy for the sector, making use of the vast high potential agricultural land of the region.

MARKUP Kenya National Coordinator Maina Karuiru said MARKUP was looking at areas of partnership, creating impact by improving livelihoods and enhancing food safety and market access. In Nakuru, the project focuses on snow peas as well as herbs and spices.

500 extension officers will be trained across the 12 counties where MARKUP is being implemented. Other issues include training on global good agricultural practices (GAP) and aflatoxin and post-harvest handling for the target produce.

Representatives of the private sector said there is a market for produce that meets the required standards and consistently meeting market demand in terms of quantity and quality. They emphasised the need for small-holder farmers to work in groups as this eases the process of engaging them on contractual basis and called on producers to diversify their farming and consider produce with high demand such as passion fruits and summer flowers.

Read the full article about MARKUP Kenya in The Nation online