The 22nd edition of the annual East African Community (EAC) Jua Kali/Nguvu Kazi Exhibition will run from 8th – 18th December 2022 at the Kololo Independence Grounds in Kampala, promoting cross-border trade of the region’s  goods  and services.

EU-EAC  MARKUP and its partners will participate in the Fair, which is be held under the theme Buy East African to Build East Africa for Resilience and Sustainable Development. The trade fair brings together over one thousand small and medium enterprises from the seven EAC Partner States. The Fair will also feature seminars on a wide range of topics, including increasing value addition, the EAC Simplified Trade Regime, dealing with Non-Tariff Barriers, opportunities in the Africa Continental Free Trade Area, among others.

MARKUP’s booth will be home to seven exhibitors drawn from Burundi, Kenya, Rwanda, Tanzania and Uganda, and a meeting place for all visitors and stakeholders who are interested in EU destination markets, export guides, access to finance platforms, Trade and Quality Portals and in getting to know the impact MARKUP has made.

The main objective of the Trade Fair is to contribute towards the realisation of the region’s development goals and aspirations by lending support to Micro, Small and Medium Enterprises, who are the beating heart of the economies in the region.

The 1st EAC MSMEs Trade Fair was held in Arusha, Tanzania in November 1999 during the historic  signing of the Treaty for the Establishment of the EAC. Subsequent to the success of the Arusha exhibition, the EAC Heads of State directed that the exhibition be held annually on a rotational basis among the Partner States, so as to enhance and revamp the socio-economic integration of the people of East Africa. 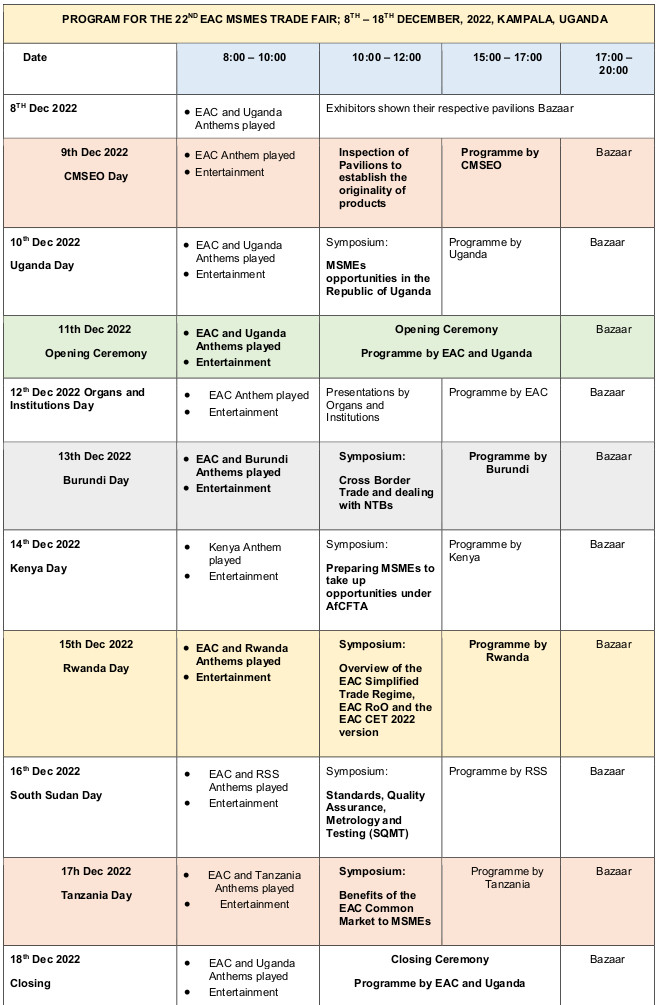 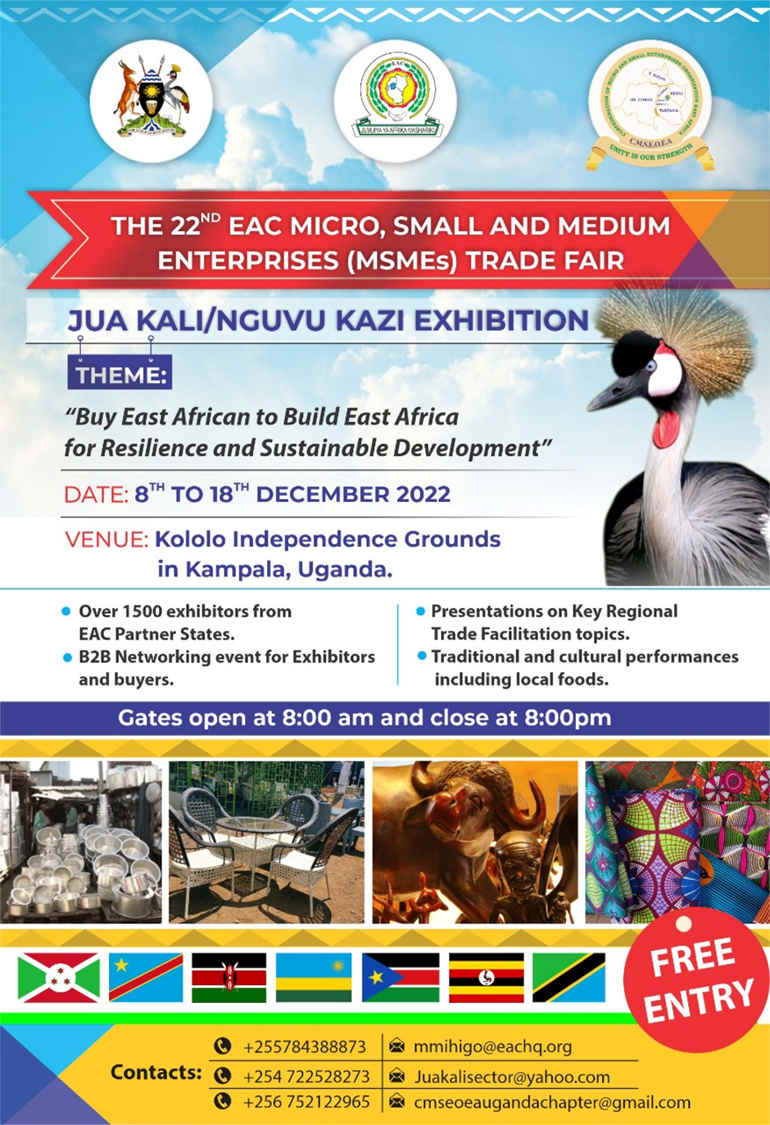